In 1929, when this bathroom was built, there were no en suites, jetted tubs and steam showers. Bathrooms were utilitarian spaces, and usually quite small. This one was no exception. It was not even the size of a decent closet. Roughly 5’6” square, plus a 32” square shower, this bathroom was situated between the master and another small bedroom, with doors from each side which opened into the bath. To make matters worse, there was also free-standing radiator. A small closet from the master bedroom jutted into the room, as well. The only storage was inside the tiny 18” x 20” vanity which was also 30” tall. Pretty dreadful.

Here are a few of the things we did to make this small space live large. You may be able to incorporate some of these ideas into your next small space make-over.

First, we eliminated the doorway into the smaller bedroom. This allowed for a 66” vanity with two sinks along one wall. By having the vanity custom built, we were able to make it shallower to save space. The wall mounted faucets allowed us to use these fabulous wading pool sinks without adding to the width of the countertop. The cabinet shop also made the wall mirrors. 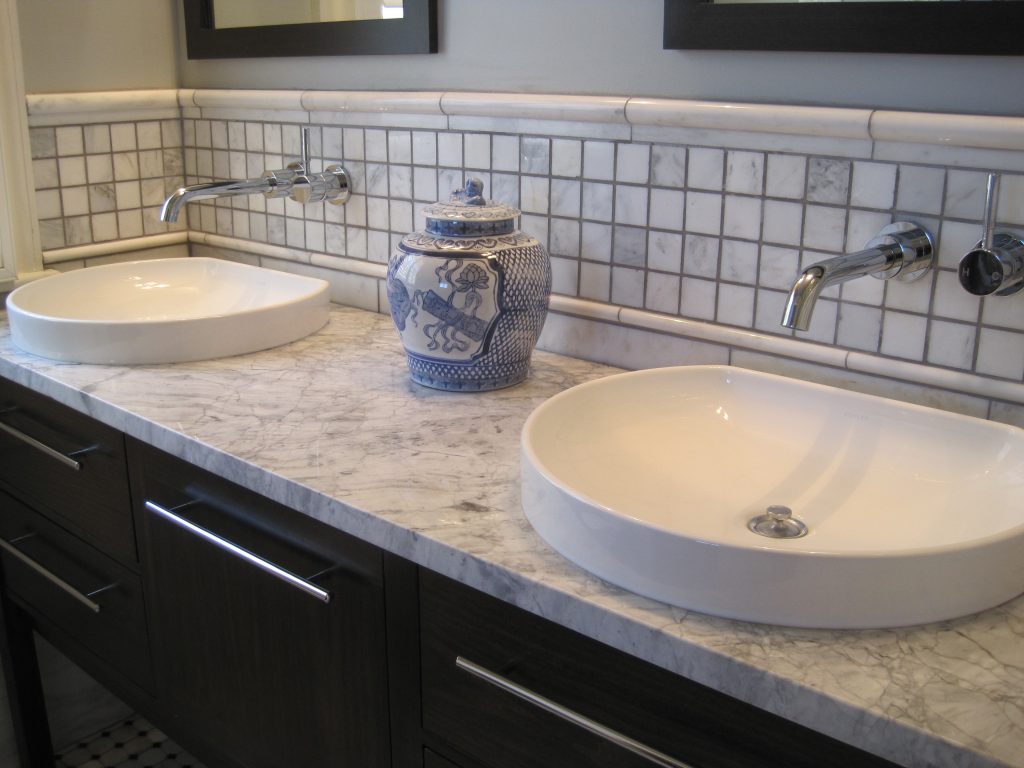 Another custom trick: we added electrical outlets inside the back of the cabinet. This is accessed by way of a drop front panel below each sink. This often unused space is the perfect place to keep a blow-dryer and electric shaver plugged in and ready when needed. 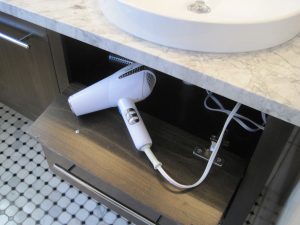 We also broke through the old closet and incorporated the small amount of extra space into the shower. A large shower head adds drama and style while the handheld makes cleaning the shower (and an occasional dog) easier. 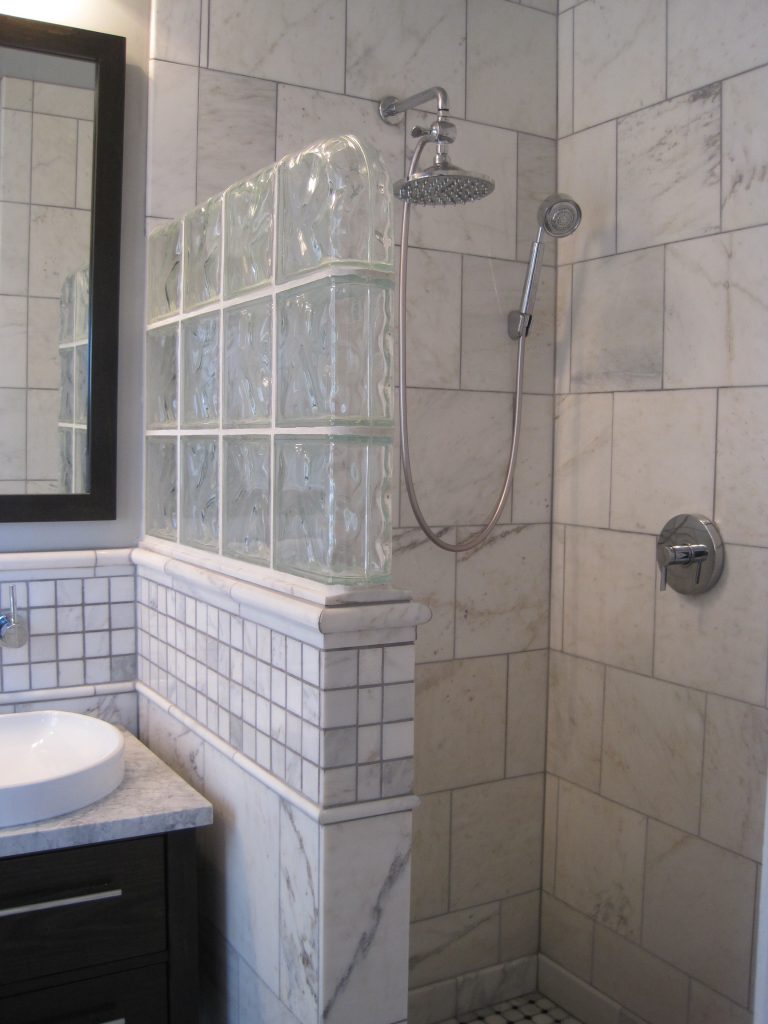 Since radiators are still used as heat in the house, we replaced the old cast iron one with a sleek, wall-mounted unit. It also serves as a great towel warmer. 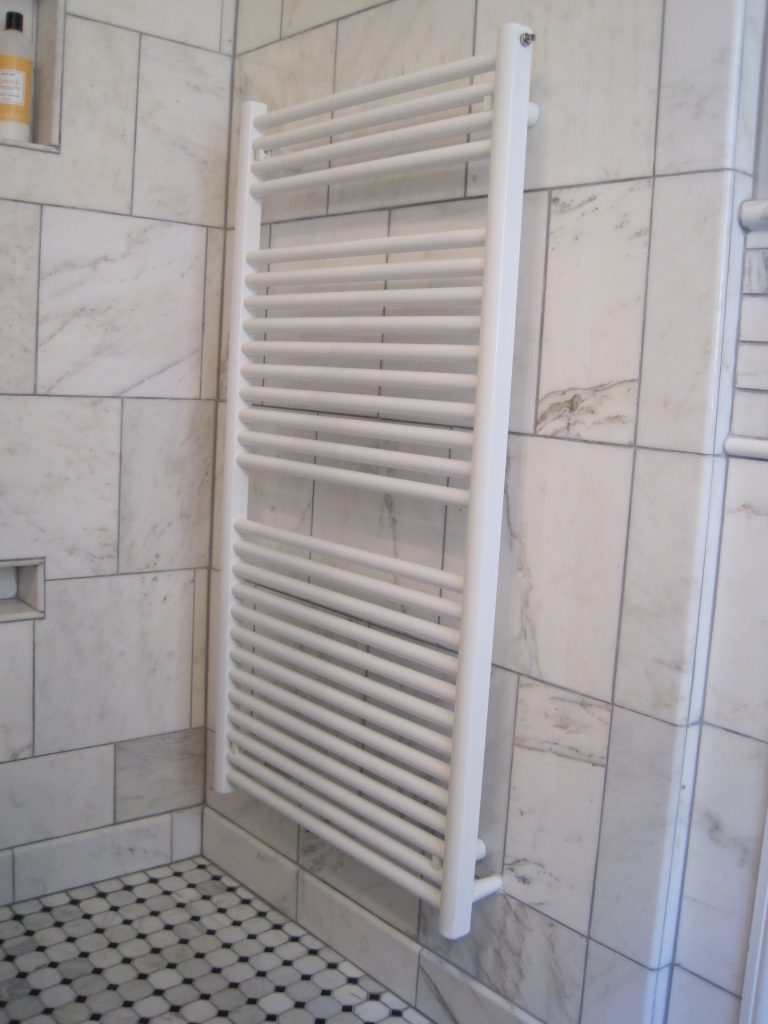 Vintage style glass block on the upper portion of the shower partition wall provide privacy but allow natural light to enter the enclosure. No shower curtain is used. The stall is large enough to enter at one end, with the water at the other. 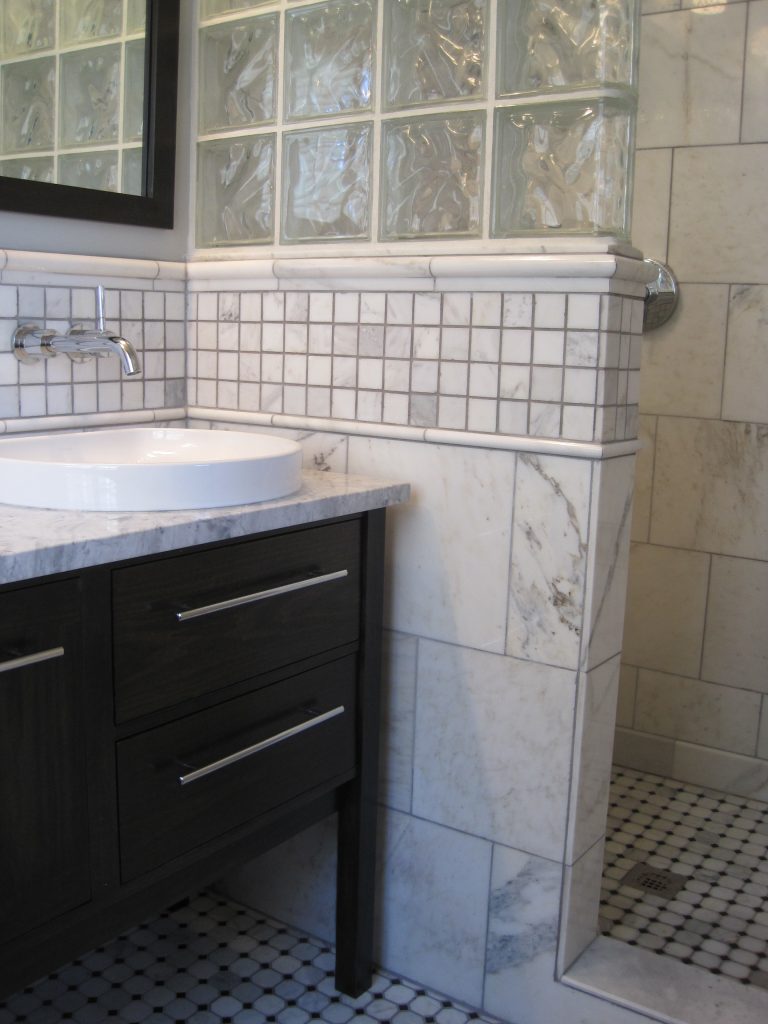 The door from the master bedroom was converted to a pocket door. The Toto toilet, the Drake model, has a round bowl instead of an elongated one, again to save a few inches. 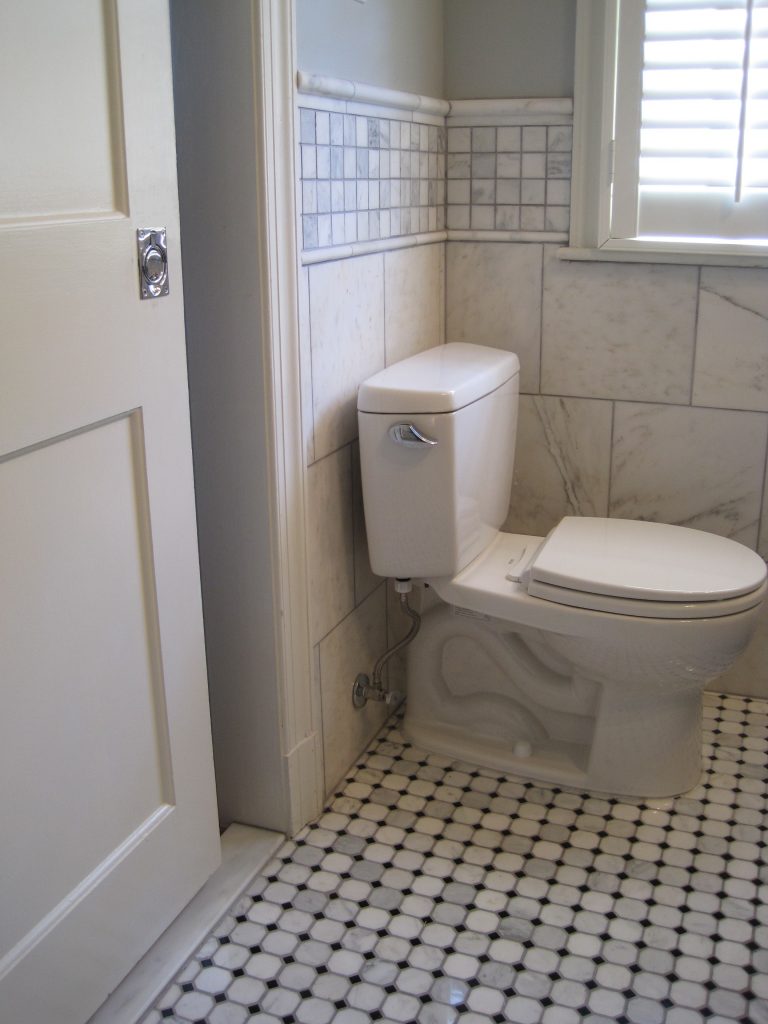 By keeping the materials and color palette to a minimum, the space feels clean and soothing. In a small space, it is also important to use surfaces which reflect light, where possible. Polished marble, semi-gloss paint, glass block and polished chrome fixtures add to the feeling of lightness as do the tall mirrors. Avoiding clutter is also important when each inch counts. 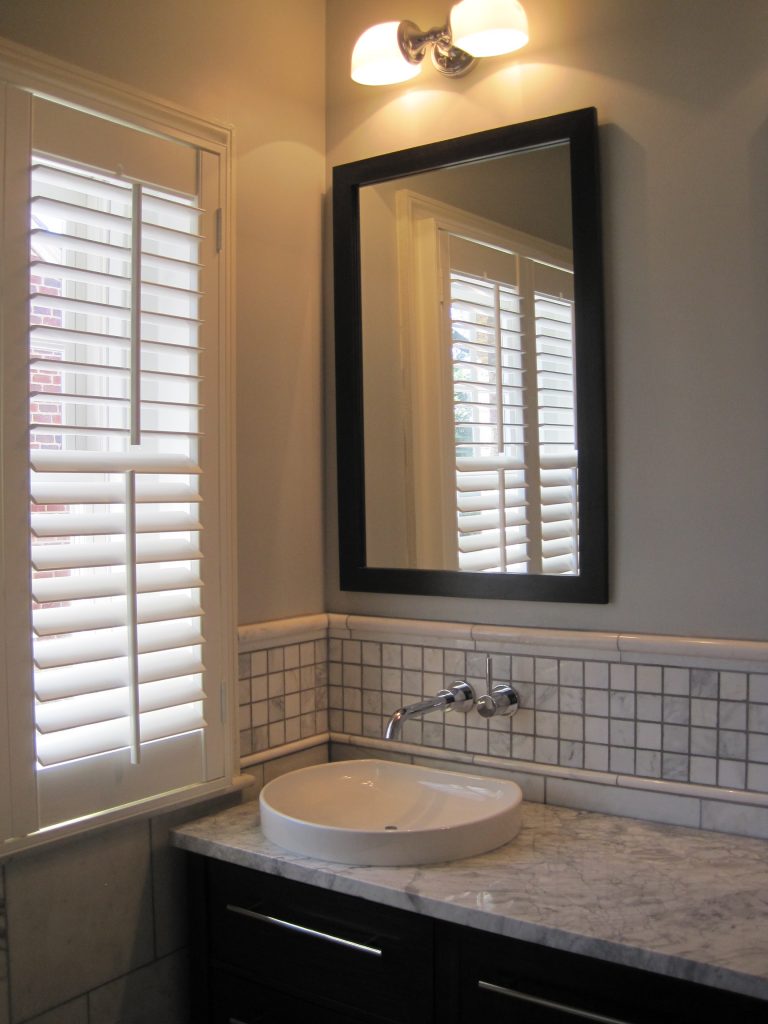 The bathroom is quite small by today’s standards. But with careful consideration of every inch of space, it feels and functions as a much larger space.

<< Back to Main Page